The sixth World Tribology Congress took place at the Beijing International Convention Centre, between the 17th and the 22nd September 2017 in the cool autumn breeze and the beautiful sunshine of Beijing, China.

The sixth World Tribology Congress took place at the Beijing International Convention Centre, between the 17th and the 22nd September 2017 in the cool autumn breeze and the beautiful sunshine of Beijing, China. 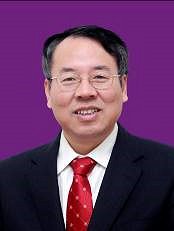 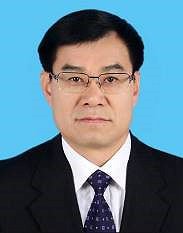 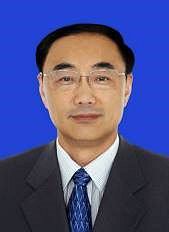 The Opening Ceremony was attended by Chinese Vice-Premier Madam Yandong Liu who delivered a congratulatory letter to the congress on behalf of the Chinese Government. Her welcome was reinforced by other speakers at the ceremony who included Prof Wei Yang, the President of the National Natural Science Foundation of China, and Madam Xu Chen, the Chairperson of the Tsinghua University Council, who delivered a welcome speech on behalf of Tsinghua University. 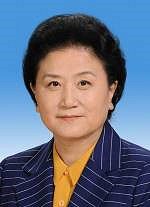 As usual for a WTC, the congress attracted a huge and enthusiastic gathering of experts in tribology and related disciplines to focus on highlighting recent and important progress in many aspects of tribology, creating opportunities for networking, knowledge transfer and strengthened the links between all kinds of partners in academia and industry across the world. 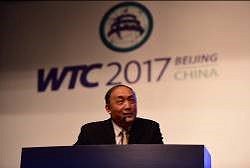 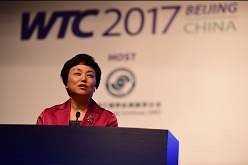 1476 registrations were received, of which 937 were oral presentations and 340 were poster contributions. Contributions were organized into 170 oral sessions and 2 poster sessions during the 5 days alongside Keynote Speeches and Invited Talks within the oral sessions. Posters and oral presentations were accompanied by a technical exhibition with 48 exhibitors and specialist technical visits to the State Key Laboratory of Tribology (SKLT) at Tsinghua University. 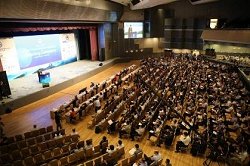 A well-organized registration process started on Sunday afternoon, 17th September and continued into the evening. The day was concluded by a Welcome Reception in one of the Convention Halls of the Beijing International Convention Centre. Over 1200 participants attended the event, enjoying Chinese and Western food and a rare opportunity to reacquaint themselves with past and new friends in tribology from across the globe. 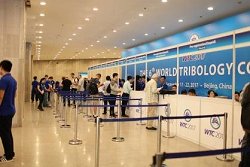 The afternoon of 17th September also saw the 23rd ITC “In Session” meeting with representatives of the tribology societies from around the world assembling at the nearby Continent Beijing Parkview Wuzhou Hotel. The main agenda topics were the approval of the new organizational structure of the ITC and the selection of the venue for the 2021 World Tribology Congress. Representatives listened carefully to three bids from France, India and Malaysia before making their decision, by ballot, to meet for the seventh WTC in Lyon, France. 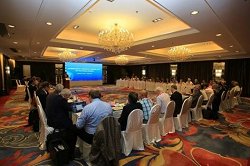 Picture: Country representatives at the 23rd ITC “In Session” meeting

The day prior to the start of the conference saw a new innovation. A series of plenary training lectures were organized to give delegates arriving early a chance to listen to the wisdom of academics and international discuss a range of topics in friction and lubrication.

Prior to the start of the congress, all the audience watched a 6 minute video about friction phenomena and its human exploration from ancient to modern times and including the outlook for Tribology in the future.

The video was followed by a minute of standing in silent tribute to respect and express collective honour of well recognized tribologists who had passed away since the last world Tribology Congress in Turin. Amongst these was included the ITC founder and former President, H Peter Jost who passed away in 2016.

The Opening Ceremony itself followed in which a number of people involved in the organization or support of the congress said a few words or made short presentations.

Prof Kali Gu, the Secretary General of the Chinese Tribology Institute began by reading the letter of Congratulations to WTC 2017 from Chinese Vice Premier Yandong Liu, who is in charge of Science, Education, Culture and Health.

Professor Jianbin Luo, Chairman of WTC 2017 Organizing Committee announced the impressive statistics for the conference and expressed his thanks to the co-organizers, sponsors, exhibitors who had supported the event and enabled it to be so well attended by delegates from 58 countries. Prof Luo wished all delegates a fruitful World Tribology Congress 2017 and stage was passed to Professor Xu Chen, Chairperson of Tsinghua University Council and Prof Wei Yang, President of the National Nature Science Foundation of China. Finally newly elected ITC President Dr.Ali Erdemir delivered a short speech to the congress assembly. 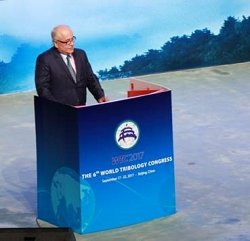 Following the Opening Ceremony, eight high profile speakers delivered plenary talks. These talks were spread across the 4 mornings from Sept.18th to 21st, covering a wide range of topics, as follows:

The congress explored various topics in tribology over nine tracks:

During the 5 days, 937 oral presentations were organized into 170 oral sessions held in 13 different parallel meeting rooms.

On the afternoons of September 19th and 20th the WTC 2017 Poster Sessions were held. 340 posters were presented. Contributors and visitors having the chance to hold detailed face to face discussions to exchange ideas. 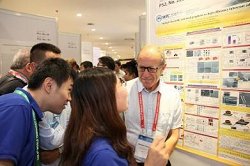 Picture: A student discusses her paper with Prof. Michael Urbakh.

A large Technical Exhibition accompanied the WTC VI conference sessions with 38 exhibitors from academic organisations and industry alongside another 10 which formed a public exhibition and included junior students from Tsinghua Middle School amongst its visitors. 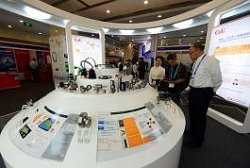 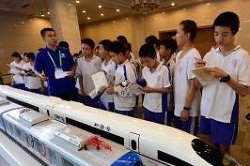 The SKLT at Tsinghua University was established in 1986 and was accredited by the state and open to the public in November 1988. It was also both one of the first State Key Laboratories at Tsinghua University and one of the earliest in the field of mechanical engineering in China. The SKLT now serves as a leading scientific research platform in the fields of tribology, surface and interface sciences, bio-tribology and bio-mechanics, micro/nano manufacturing theory and technology and micro/nano photo-electronic measurement technology. It also carries out related technology development and consultation. 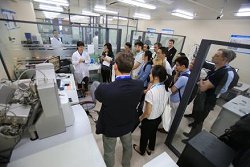 Picture: Visitors in the tribology laboratories at SKLT

The congress banquet was held on the evening of 21st September. At the start of the banquet, Prof. Tianhu Song presented remarks to all the guests on behalf of Chinese Mechanical Engineering Society (CMES). He commented “CMES has been always supported the Chinese Tribology Institute (CTI)’s work. The accomplishment and common sense achieved on this congress will indicate the development direction of tribology, and illuminate the brilliant rays of enterprises themselves. Our career of tribology will be more magnificent.” Then Prof. Yonggang Meng, Director of State Key Laboratory of Tribology, delivered an address of thanks and proposed a toast for all. 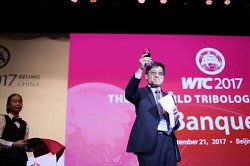 The banquet included an Awards Ceremony for Best Poster Award of WTC 2017. 30 high quality posters had been selected from 340 contributed to WTC 2017 and the authors were invited to the stage in groups to collect their prize.

Picture: One of the groups of poster prize winners 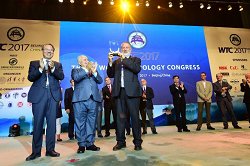 Picture: The handover of the WTC symbol

During the WTC 2016, 150 volunteers participated in the conference service work, including staff and students from the State Key Laboratory of Tribology, Tsinghua University. At the end of the banquet, all the volunteers were invited to stage to the obvious delight and appreciative applause from the delegates in the auditorium.

As with previous World Tribology Congresses, an outstanding contribution to the pool of knowledge in tribology was made during the conference. A full listing of all the technical contributions can be accessed on the WTC VI web site: http://www.wtc2017.org/ along with further information about the event including the video shown at the opening ceremony, list of sponsors, etc.

Individuals who may wish to make enquiries relating to WTC VI are invited to email: for more information.